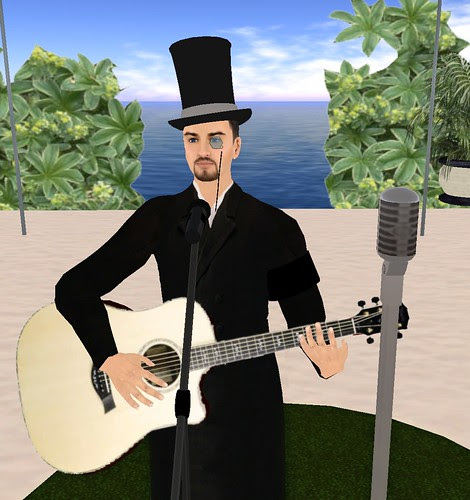 Songs: Arrived half hour into show to find a song about a guy who will kill himself unless she will love him, or something like that. "If I had a pony I'd ride him on my boat . . ." - second song heard. Somewhat silly songs. Odd, silly songs. Ok, this is kind of freaky. I can watch the current singer live in SL and in RL. He has a live video stream of him playing in RL.